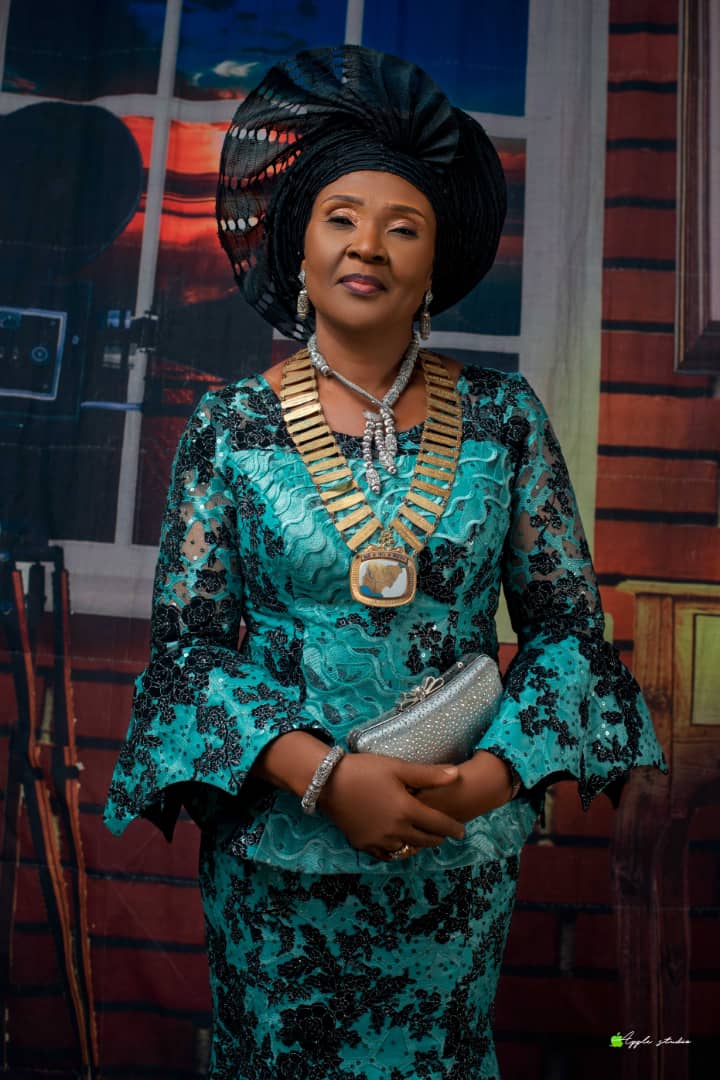 Ezimma Nnabuife has been a Prof of Management at Nnamdi Azikiwe University, Awka for 12 years and has served in various capacities as Head of Department, Dean of Faculty, Directors of various Units within the University. She is currently a Council member in the University having served in the same capacity at Chukwuemeka Odumegwu Ojugwu University, Igbariam (COOU), for six years from 2015-2021. She was married to late Prof Chukwunonso Nnabuife in the same University and is still blessed with children and grandchildren.

She joined Inner Club of Awka in 1994 and served in the following capacities with the Club, the District, and at the national level:

Past Offices in Inner Wheel Nigeria

Moni, as fondly called by friends, is a Charter Member of Inner Wheel Club of Ijapo since 1985. She is also a Retired Social Welfare Officer of Ministry of Social Development, Ondo State. She was appointed a Juvenile Court Panel Member in 1989 for Ondo State.

Moni is a loving and caring mother, a good mixer and a devoted wife, appreciated by superiors and loved by subordinates. 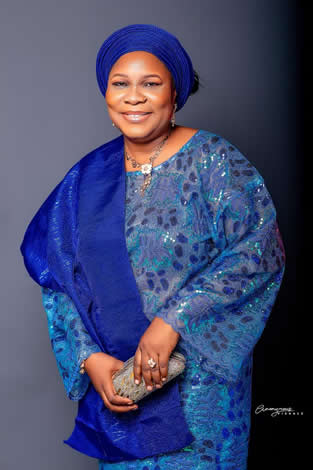 Zainab joined Inner Wheel in 1995 as the Coordinator of Inner Wheel Club of Gowon Estate and got it chartered in 1997/1998 Inner Wheel year. She has served in the following capacities with the Club, the District and at National level:

For over 35 years, Mrs. Zainab Ikheloa has been involved in the hospitality industry. She is the Chief Executive Officer of Patzell Nigeria Limited and a Co-Director of Ikheloa International Nigeria Limited. Zainab is married to Past District Governor (Engr.) Patrick Ijehon Ikheloa. They are blessed with lovely children and grandchildren. 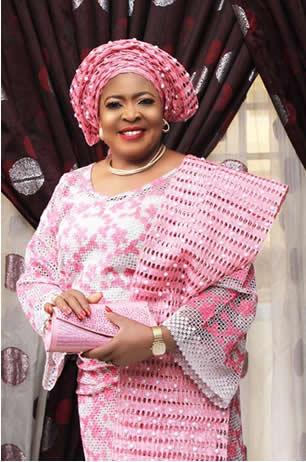 IWM Victoria Ebunola Adebayo is the Managing Director, Vitkay's Nigeria Ent. a company that deals in the sales of imported Shoes and Bags, Swiss Laces/ Senegalese Fabrics. I am also a Director in First Fruits Forex Royal BDC Ltd. I am a Paul Harris Fellow (PHF++) recipient and a Jerusalem Pilgrim(JP).

I am happily married to Comptroller Adebayo Adekunle (PHF +++),a Past President of Rotary Club of Garki(Nigeria) and a Past Rotary Asst. Governor of District 9125. My marriage is blessed with lovely children and grandchildren. 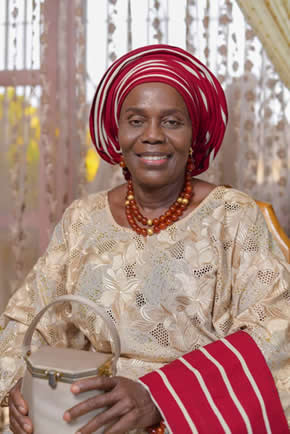 A pharmacist, Married to Prof.Timothy Olurotimi Tayo. Blessed with Children and Grand children. 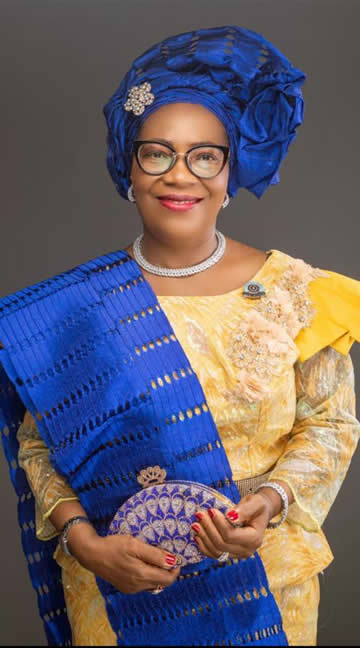 Julie was inducted as a member of Inner Wheel Club of Ilupeju during the 1993-1994 Inner Wheel Year. She has served in Various Key Elected Positions and still Serving.

She Retired From ExxonMobil Organization as Manager General Services.
Married to an accountant & Past Assistant Governor Otunba G. O. Shekoni.
The Union is blessed with Children & Grandchildren to the Glory of God. 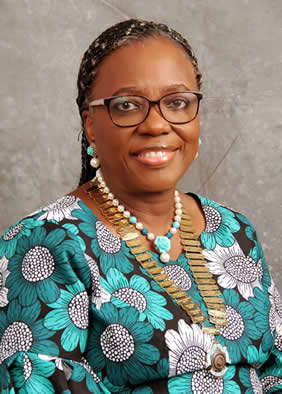 Olufolake Ajayi, also known as Folake or Fola by all and sundry joined the International Inner Wheel family over 30 years ago through IWC of Lagos because she believed and still believes in the aims and objectives of this International Organisation.

She is a passionate and committed 69+ years old nurse and midwife with other professional and enterprising positions and roles to date.

Olufolake is equally as passionate and committed to this our International Organisation which led her to put in for the position of the Vice District Chairman 2021-2022, D911.

Other positions worthy of note are: 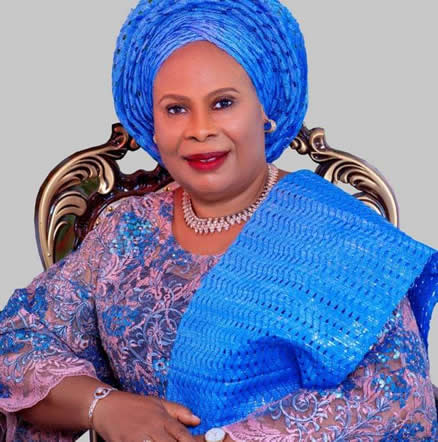 The profile of IWM Debo Awodola, the District chairman, D913 2022/2023. She joined Inner wheel Club of Ijapo in 1996 and served in the following capacities:

Debo Awodola started her career briefly with Ondo state civil service before she moved to the private sector and joined former Nigerian Industrial Development Bank (NIDB) which evolved to the Bank of Industry (BOI). She served for 23 years before retiring into private business in 2003.

She is currently the Executive Director of Integrated Community aids Initiative. A nongovernmental organization set up to develop women and girls, orphans as well as give support to communities. She is married, blessed with children. 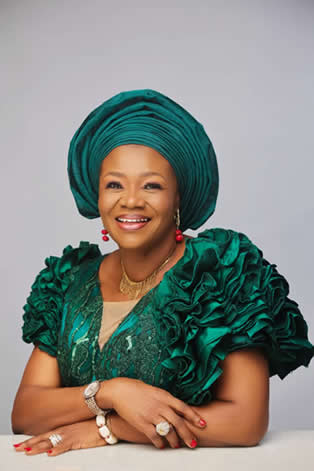 She is a Paul Harris Fellow. 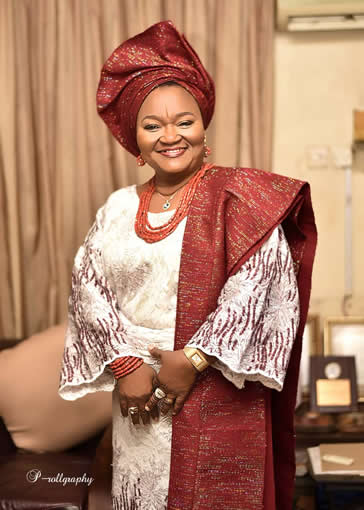 PAST AND PRESENT OFFICES HELD 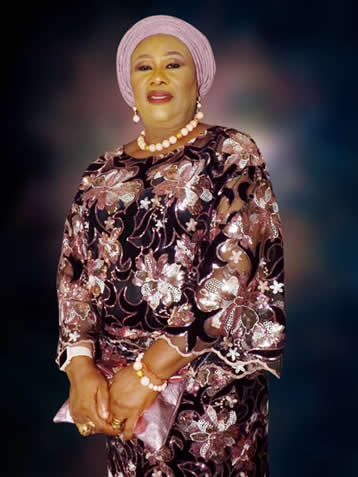 Ladyken Nwogbo (PHF) was born to Late OZO Martin and Ojiefi ONWUDINJO of Umudioka Village Awka in Awka South LGA, Anambra
After her successful completion of her primary and secondary educations, she then proceeded to Federal Polytechnic Auchi in Edo state, where she graduated with Higher diploma (HND) in Arts and Design.

She is married to Engr. Ken Nwogbo (KSP) OZO AKUM (CHINENYEUGO NIBO) (PHF+2).
They are blessed with Three lovely Children.

Ladyken (PHF) philanthropic nature motivated her to join the INNER WHEEL INTERNATIONAL CLUB where she contributes immensely in the services to the less privileged in our society.
Due to her impressive services and contribution to Rotary Foundation, she was awarded and decorated a Paul Harris Fellow (PHF).
She has traveled far and wide to attend International conferences both in Nigeria and Overseas.
She has been an active member of Inner Wheel Club and has served in different capacities in the club and also in the district.(Community Service Director, Treasurer,Vice President, President, District Edotor, 1st VDC, and presently the District Chairman) 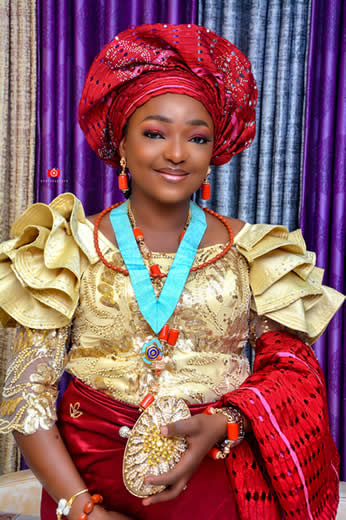 HONOURS & AWARDS
1) YEYE GIWA Bobamayegun of Awa Ijebu, Ogun State
2) YEYE OTUNBA Bobatolu Erunwon Kingdom, Erunwon Ijebu, Ogun State
3) House Matron New Era School, Jakpa Road Delta State
4) House Matron Wingate Model School Ogunu Delta State
Oluwatobi Joined Rotary family, the Rotaract Club of Iyaganku CB where she served in various capacity and was the secretary before marriage relocated her to Warri where she met her heartthrob.
For the continuous love for humanitarian services, she joined Inner wheel Club of Effurun in 2009 and has not looked back but remained committed till Date.
A devoted Catholic and belong to the order of knights of St John International.
‘Tobi is one of the Directors and share Holders of YEWIS Nigeria Limited an indigenous OIL & Gas Company with Head office in Warri.
She is the C.E.O of YOTAD Company a registered Company that deals with Foods, Agricultural Products and Households importations and supplies.
She is a Paul Harris Fellow of the Rotary International (The first spouse to be so decorated by the Rotary Club of Ekpan)

Marital Life
Our DC is Married to a Rotarian Past Assistant Governor (Sir) Felix Adeoye (PHF) and the marriage is blessed with 4 lovely kids (all Paul-Harris Fellows).

Members give practical support as well as financial help whenever there is a crisis, whether this occurs locally, nationally or internationally